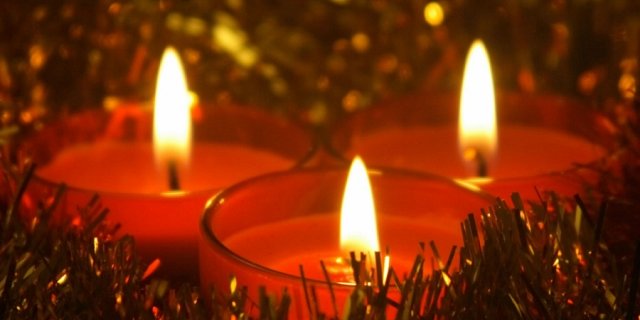 The Service held in Association with the Pilgrims Hospice “Light up a Life” featured traditional Carols and the telling of the Christmas Story alongside the lighting of the Christmas tree, a poignant moment after which the congregation were invited to place Memorial tags dedicated to their loved ones on the tree.

The Traditional reading from St Luke’s Gospel was read by Ken Dry, President of the ICCM. (Institute of Cemetery and Crematorium Management) who attended in his Official capacity.

After the Service Tea Coffee and Mince pies were served. The Christmas tree has been placed in the Book of Remembrance Room where it will stay until New Year’s Day and tags are available to place on the tree throughout the Christmas period.

My sincere thanks to all who supported the Service, the Clergy, Celebrant, the Pilgrims Hospice and the staff at Charing that made this important event a success.