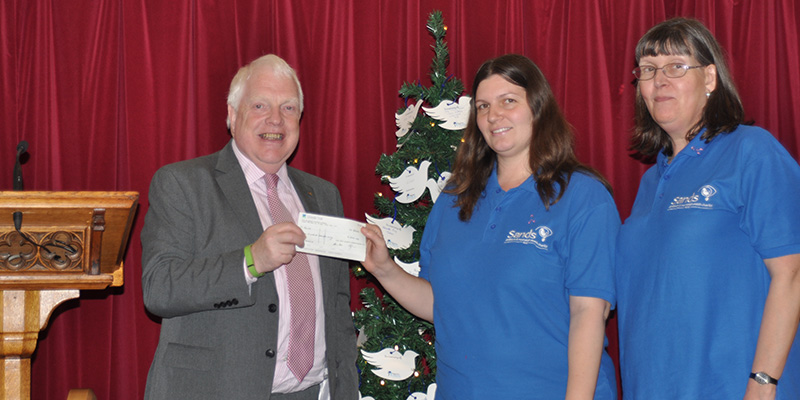 The Annual Charing Carol Service held in Association with the Pilgrims Hospice took place on Friday 16th December and was very well attended with a full Chapel. The Service was led by Rev’d Canon Sheila Cox, Rector of St Peter and St Paul Charing, assisted by Rev’d Paul Dean , of Ashford United Reform Church and Roger Marvin a Funeral Celebrant. Carols were sung and the Christmas story explained in terms relating to the modern world, three poignant poems were included , one ,the Gates of Prayer was read by Theresa Samworth, the Fundraising Manager from the Pilgrims Hospice. The lighting of the Christmas tree was followed by the placing of Tags in the shape of Doves inscribed with the names of loved ones by the congregation while the organist payed some gentle music. This is always a very moving part of the Service and one which many people have said that they really appreciate.

At the end of the service and before Tea Coffee and Mince pies were enjoyed I was pleased to be able to present cheques to those selected local Charities who had representatives present at the carol Service:, Sands, Cruse, Friends of Kent Churches and the Samaritans. A total exceeding £5000.00 will have been distributed to local Charities this year. 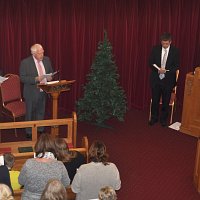 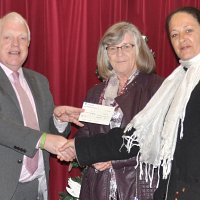 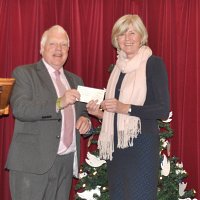 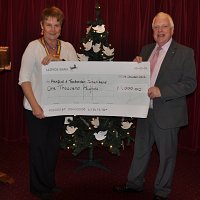 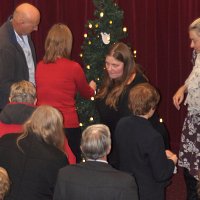