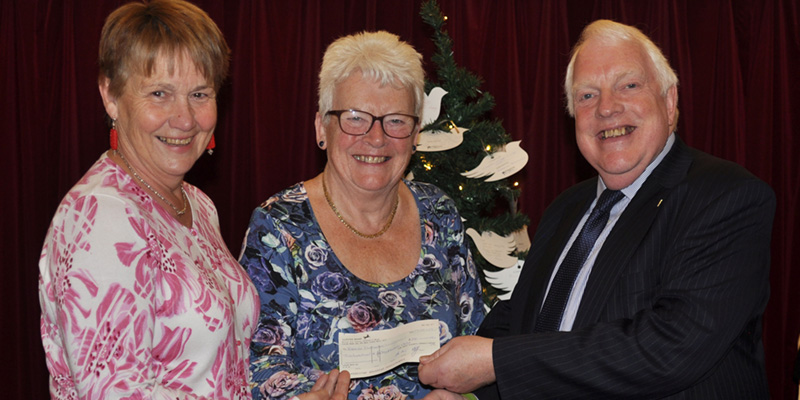 The Annual Charing Carol Service took place on Friday 15th December and despite the very chilly weather the Chapel was full and about 20 people were satin the gallery. The Service was led by the Rev’ Canon Sheila Cox, Rector of St Peter and Paul Church in Charing, assisted by Rev’ Paul Dean from Ashford United Reform Church and Roger Marvin, a Funeral Celebrant. The Christmas Story was told, interspersed with prayers and three poignant poems, one read by Sara Scriven , Fund Raising Manager of The Pilgrims Hospice. The lighting of the Christmas tree after which many of those present placed a tag on the Tree in Memory of their loved ones was very moving. The Carols were sung with enthusiasm led by Organist Charles Everhart.

After the Service Alan Jose presented cheques totalling £1200.00 to four local Charities, from monies raised by the recycling of metals after cremation. The Total sum donated to Charities during 2017 by Charing Crematorium was £13700.00. After the presentations a large number of people stayed for a cup of Tea and a Mince pie. So many people said how lovely the service was and how somehow it brought some comfort at a time of year when bereavement is felt particularly keenly.

The Carol Service 2018 will be on Friday 14th December. 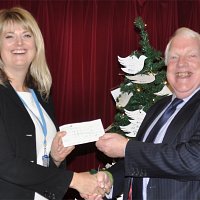 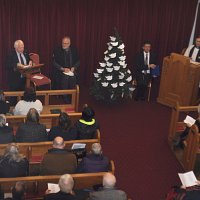 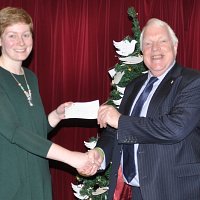 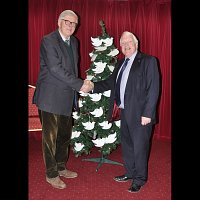 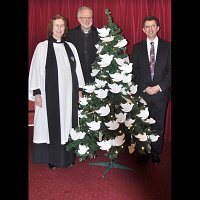